When Pilate saw that he could not prevail at all, but rather that a [c]tumult was rising, he took water and washed his hands before the multitude, saying, “I am innocent of the blood of this [d]just Person. You see to it.” Matthew 27:24

The Gospel writers give their account of Christ’s passion, they were not trying to give a biography of Pontius Pilate. Without historical context, It is easy for us to see Pilate as a weak and indecisive governor. He is afraid of an angry mob, so he gives in to the Jewish aristocracy and has Jesus crucified.

But history and other New Testament passages describe a Pontius Pilate who could be ruthless and willing to keep the peace at all costs.

According to the Jewish historian Josephus, when Pilate brought images of Caesar on Roman shields and standards into Jerusalem, protesters gathered. He threatened to ”cut them in pieces, and gave intimation to the soldiers to draw their swords.” The Jewish protestors refused to budge, and Pilate eventually relented.

Josephus also tells us that Pilate built an aqueduct using temple treasury money. When protestors gathered, he had soldiers dress like common men, “gave the signal from his tribunal, and many of the Jews were so sadly beaten, that many of them perished by the stripes they received.” 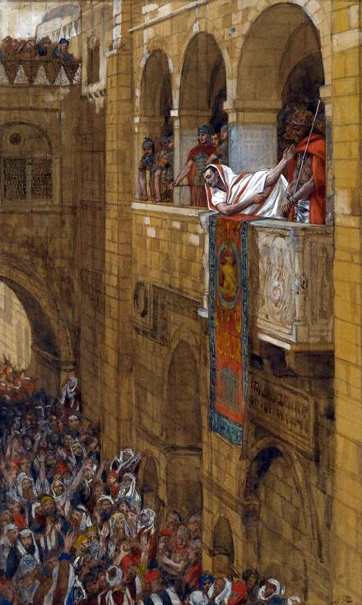 Philo, a Jewish philosopher, described Pilate’s “…corruption, his cruelty, and his continual murders of people untried and uncondemned.”

Luke mentions the “Galileans whose blood Pilate had mixed with their sacrifices” (13:1).

According to John, a detachment (speira) of soldiers accompanied Judas and temple officials at Jesus’ arrest  (18:12). The Greek word speira is a cohort of 600 Roman soldiers, who would have been under Pilate’s command.

Pilate normally would not hesitate to crucify a political threat or slaughter an angry mob. Why does he hesitate on Good Friday?

Where do we get our beliefs? Three theological perspectives have significantly shaped my Christian identity: Evangelicalism, the early Methodist tradition and liberation theology. From my coming to faith in a Baptist church and throughout my education in a Baptist school and college, I was nurtured by convictions that emphasized a spiritual rebirth, a personal relationship with Jesus Christ and the centrality of the Bible. Even when I disagree with certain aspects of evangelicalism, it has deeply influenced my sense of what it means to be a follower of Jesus Christ. My seminary studies spawned my interest in early Methodism, particularly its approach to spiritual formation. Its leaders were convinced that only a foundation of doctrine and discipline would lead to a meaningful transformation of the heart and mind. In other words, having the mind of Christ enables me to be more like Christ. Life in a suburban culture obscures the increasing gap between the poor and rich, as well as the Bible’s close identification with the poor. My doctoral work in socio-cultural context exposed me to liberation theology, which helps me see redemptive history as a history of oppressed groups, written from the perspective of the powerless, about a God who is actively involved with the poor in their struggles. I am now the pastor at Huntingtown United Methodist Church in Calvert County, Maryland. Together my wife and I are raising 4 young theologians.
View all posts by Corey Sharpe →
This entry was posted in christianity, Uncategorized and tagged Pontius Pilate. Bookmark the permalink.