Their disagreement was so sharp that they separated.  Acts 15:39

On January 3 a diverse, 16-member group of United Methodist bishops and other leaders released a nine-page “Protocol of Reconciliation & Grace Through Separation.” This proposal, if passed at the May General Conference, would preserve The United Methodist Church while allowing traditionalist-minded congregations to form a new denomination.

Progressives were unhappy, to put it mildly, with the outcome of last year’s General Conference. The delegates passed the ”Traditional Plan” which continues the ban on the ordination and marriage of gay and lesbian persons. As a result, decades of fighting escalated even more.

When it comes to human relationships, God desires nothing less than unity. Paul wrote letters to churches divided over differences, reminding them that there is only head, that being Jesus Christ. And yet one sad way to measure Christian history is through its history of division. People dissatisfied with a denomination leave and form their own. Protestants left the Catholic Church. So did the Church of England. The Methodists left the Church of England. Now traditional and progressive Methodists are seeking a separation. 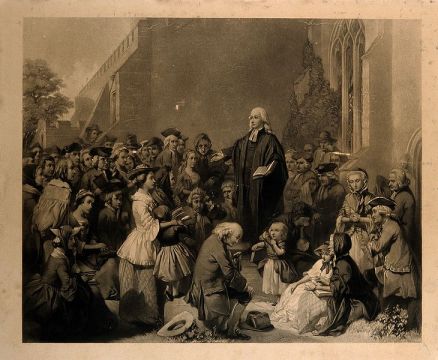 Engraving of John Wesley Preaching Outside the Church

Both history and logic dictate that the dissatisfied group leaves if they can no longer tolerate the status quo. So why are the traditionalists the ones to leave? They have the majority vote. They have church law on their side.

These are painful and confusing times for United Methodists, so information is crucial. Before concluding that progressives are forcing the traditionalists to leave, consider the following:

Years ago the traditionalists began noticing the growing divide between traditionalists and progressives. They have been proposing plans for separation long before the 2019 Special General Conference.

John Yambasu, a traditionalist bishop of Sierra Leone, began the private talks that led to the Protocol of Reconciliation & Grace Through Separation.

The Wesleyan Covenant Association, a network of traditionalist United Methodists, had already taken steps toward forming a new denomination, long before last year’s Special General Conference. For example, they have already drafted policies and doctrines.

So if the protocol passes, why would the traditionalists leave and not the progressives? Rev. Keith Boyette, the president of the Wesleyan Covenant Association explains. “Our witness and message is much more important than a name.” Rather than force progressives to leave the United Methodist Church, the traditionalists have agreed and are prepared to leave the denomination voluntarily.