Is the Traditional Plan Biblical?

By now the UMC’s Special General Conference decision to strengthen our church law regarding homosexuality is old news. Our official position still states that homosexuality is “incompatible with Christian teaching.” Proponents of “The Traditional Plan” insist that the real issue is not homosexuality, but biblical interpretation.

As a pastor, I am reluctant to take a public stance on divisive issues. I worry that it will create controversy. People might distance themselves from a pastor whom they consider to be on the wrong side of the debate. A pastor’s opinion can inflict pain on parishioners.

My views regarding homosexuality involve so much more than collecting data and deciding if I am ‘for” or “against” it. I have inward struggles, personal anxieties and unresolved questions. I am not trying to please anyone here. In fact, I realize this blog post may not please anyone at all. 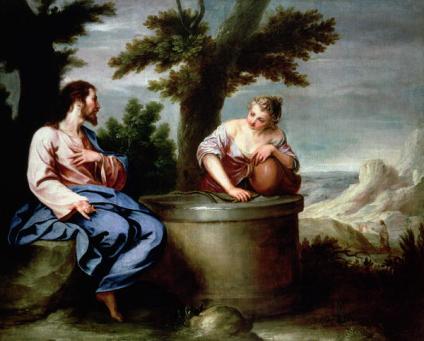 We prefer a straight yes or no when it comes to controversial issues. We feel more comfortable with absolutes than with uncertainty. So, rather than have you wait until the end of this article, I”ll share my conclusion first:

Now here’s the struggle behind the viewpoint:

Am I ignoring God’s Word? I came to faith in a Baptist church, which taught that the Bible is the Word of God. Believing something contrary to Holy Scripture is to ignore God. Though my beliefs have changed since I was a Baptist, this is still my conviction.

There are 6 passages in the Bible (Leviticus 18:22, Leviticus 20:13, Romans 1:26-27, 1 Corinthians 6:9-10 and 1 Timothy 1:9-10) that say same sex relationships are sins. The Leviticus passages describe same sex relationships as an abomination. Romans 1:18-32 says homosexuality is not what God intended. 1 Corinthians 6:9-10 says that those who practice homosexuality will not inherit the kingdom of God. 1 Timothy 1:9-10 says it contradicts “sound doctrine” and the gospel.

The Bible is precious to me. Through Scripture I encounter a healing, risen savior. The Bible is God’s Word to me, so how can I ignore these passages?

Am I taking the whole Bible seriously, or just parts of it? There are many passages that I have not taken seriously.  I eat shrimp (Lev. 11:10) and wear mixed fabric (Lev. 11:19). In fact, there are many Levitical laws I do not observe. I don’t want homosexuals and adulterers to be executed, even though the Bible commands it (Lev. 20:10, 20:13). 1 Corinthians commands women to wear head coverings and to remain silent (11:2-16). I  don’t ask my female parishioners to do this. Women cannot wear jewelry, lead or teach men (1 Tim.2:8-12), and yet the UMC ordains women and I encourage women to lead ministry teams at HUMC.

These are just a few examples. The Bible is God’s Word, so I need to understand and accept all of it – including the parts that confuse me and trouble me.

Do Biblical interpretations ever result in pain?

Women’s rights have been suppressed and children have suffered. Polygamy was assumed in the Old Testament, and Paul teaches that women must quietly submit to their husbands (1 Cor. 11:3, 14:34-36).

The Bible did not outlaw slavery, but regulated it (Ex. 21:2-6, 20-21; Leviticus 25:44-46).  It’s true that the Mosaic Law regulated slavery in such a way that it was immensely more humane than the practice of surrounding nations, but I consider all forms of slavery to be a horrible sin.

I was divorced 18 years ago, and my church leaders forbid me from remarrying and entering ordained ministry, despite my deep desire to do both. Jesus said divorce and remarriage were unacceptable. (Mark 10:2-12). Paul said that pastors must be the husband of one wife (1 Timothy 3:2, 12; Titus 1:6).

Deuteronomy 22:28-29 requires a woman to live with her rapist. I can’t imagine the suffering when this law was implemented. Why not execute the rapist?

People have suffered because of a wrong understanding of Scripture. The Church has acknowledged this many times in history.

Who are my homosexual neighbors? Something that sounds fine in principle may not be so simple in practice.  Beliefs might seem right in my head, but they are challenged when I meet real people in the real world. As a pastor I’ve developed relationships with gay persons and couples. Their experiences are very different from mine. Their world views can be very different than mine. But we share a world and a church, and I want to understand them as deeply as possible. In certain ways, my homosexual neighbor is not so different:

They have God-given spiritual gifts. So do I. They want to compassionately serve the church and the world. So do I. They have been hurt by a local church and/or denomination. So have I. They struggle with sin. Like me.

Where have my struggles taken me?

The words of Jesus in Matthew 7:16 are stuck in my head: “You will know them by their fruits.” If my use of Scripture ever causes more pain than fruit, such as demonstrated by the recent General Conference decision, then I need to reread (not rewrite) the Scriptures.  All of them. Including the 6 passages about homosexuality. I want to reread them alongside those about Jesus’ immeasurable love for all who have ever been pushed to the margins (e.g. Mark 1:30-45; John 4:4-42; Romans 8:37-39).

I must listen to different perspectives. I can’t be satisfied with any conclusion that is based on the premise “I’ve always believed that….”

I must be sensitive to all human suffering. This is hard when my theological beliefs (or that of my denomination) are the cause of it.

In the end, I must love and accept those who arrive at different conclusions.

In the aftermath of GC2019, United Methodist bishops, lay and clergy leaders have flooded the airways with messages of unity in the midst of diversity. Let’s not hear these as we would the overhear announcements at the airport. Let messages like this be in our hearts and minds during these tumultuous times:

“For he himself is our peace, who has made the two groups one and has destroyed the barrier, the dividing wall of hostility, by setting aside in his flesh the law with its commands and regulations. His purpose was to create in himself one new humanity out of the two, thus making peace, and in one body to reconcile both of them to God through the cross, by which he put to death their hostility” (Ephesians 2:14–16, NIV).

Where do we get our beliefs? Three theological perspectives have significantly shaped my Christian identity: Evangelicalism, the early Methodist tradition and liberation theology. From my coming to faith in a Baptist church and throughout my education in a Baptist school and college, I was nurtured by convictions that emphasized a spiritual rebirth, a personal relationship with Jesus Christ and the centrality of the Bible. Even when I disagree with certain aspects of evangelicalism, it has deeply influenced my sense of what it means to be a follower of Jesus Christ. My seminary studies spawned my interest in early Methodism, particularly its approach to spiritual formation. Its leaders were convinced that only a foundation of doctrine and discipline would lead to a meaningful transformation of the heart and mind. In other words, having the mind of Christ enables me to be more like Christ. Life in a suburban culture obscures the increasing gap between the poor and rich, as well as the Bible’s close identification with the poor. My doctoral work in socio-cultural context exposed me to liberation theology, which helps me see redemptive history as a history of oppressed groups, written from the perspective of the powerless, about a God who is actively involved with the poor in their struggles. I am now the pastor at Huntingtown United Methodist Church in Calvert County, Maryland. Together my wife and I are raising 4 young theologians.
View all posts by Corey Sharpe →
This entry was posted in christianity, Uncategorized and tagged central conferences, delegates, homosexuality, one church plan, Special Session of the General Conference, traditional plan. Bookmark the permalink.

4 Responses to Is the Traditional Plan Biblical?