Would it matter if Jesus had been married? 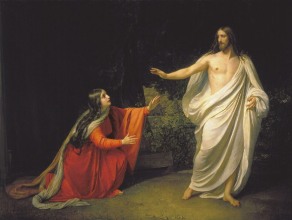 The Appearance of Christ to Mary Magdalene, Ivanov Alexander Andreevich

The document was written at least 70 years after the Gospels were written, so no scholar would say this proves anything about Jesus.  It does prove that a century after Jesus’ ascension there were legends about his marital status.  You can find articles about this all over the web (this one is interesting), so I won’t repeat those here.  All of this does raise some interesting questions…

Imagine that there is new, indisputable evidence that Jesus was married.  How would this affect your faith?  Could you follow a married Messiah?  Would this matter at all?

3 Responses to Would it matter if Jesus had been married?